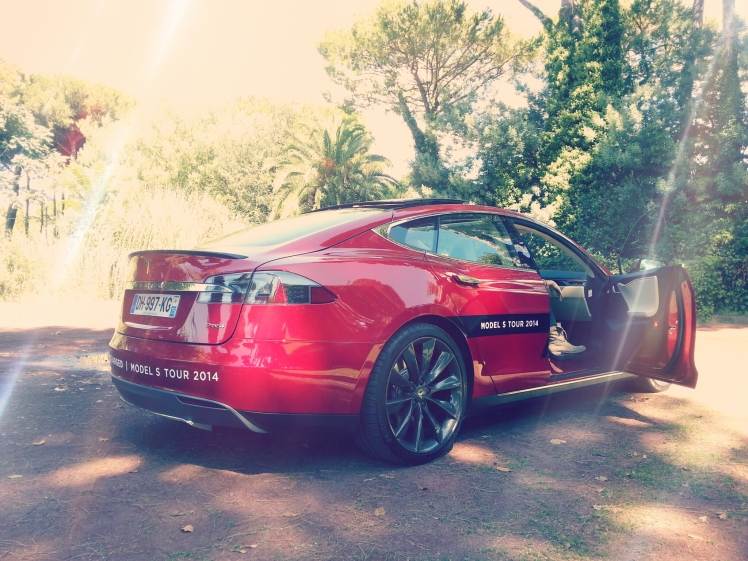 The girl at Tesla is nice, talkative and prepared but her introduction to the new Model S is rather fruitless. Unlike most test-drivers, soon-to-be buyers and fellow bloggers and car journalists, I couldn’t care less about the brochure and its contents.

That’s for the scholars and pedantic mouths to feed, and I’m neither. I sit next to a weird individual during the brief briefing, he’s not a journalist nor a future buyer, perhaps he just wants to have some electric fun. He’s taking notes, I’m having coffee.

The car I’m about to drive is a Tesla Model S P85, it is a new car but it isn’t a new idea. Tesla Motors Car Company was founded by the same guy that invented PayPal and it has been around for years. The Tesla Roadster, which I’ve driven four years ago, was the first electric car to be desirable more than useful. 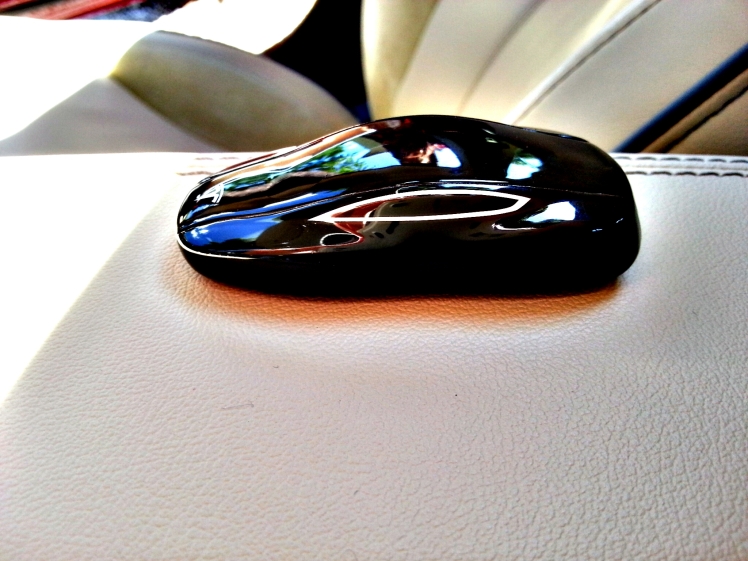 This is a completely different car and concept. To start with, it is not based on something else (the Roadster was essentially a fatter and eco-friendly version of the Lotus Elise). The Model S is a full-on, spot-on executive saloon, except it is perhaps aimed at creative marketing directors rather than cement salesmen. It is long, it is red, it has tons of technology thrown in it, beginning with the gigantic screen for the sat-nav and controls. I swipe the sunroof open on the screen, the actual sunroof opens above my head, I have technological friends that’d kill for this bunch of malarkey. I would not, but I still believe it is astoundingly cool. The sun’s out, the promenade with its bars and the beaches are less than a mile away, and so I set off.

The Model S is bulky, heavy, and long, it has the same presence as any other executive car on the market but it doesn’t feel dull or German, it feels modern and European, even though it is actually American, and it rides well, and it rides fast. As with any electric car, there is no gearbox and there is no combustion, therefore no filter, all of this translates into instant and brutal acceleration. This is the sort of thing I would kill for.

The S does not scamper around like a skinny and frantic child, it’s a serious car that would wear spectacles if only it could. The fun in it comes from driving it, not from the car itself. Unlike the Roadster S, which was essentially the opposite.

Samy, the girl with me, tells me I’m driving the very same car that Elon Musk himself, the man himself, has driven recently. His phone was recently paired in the chronology of the Bluetooth system.

The greatest advantage of any fully electric car, hands down and no doubts, is that at the end of the fiscal year your expenses for fuel will be exactly nought. The monumental drawback however, is that charging points are not that easy to find outside California, Denmark and maybe Switzerland. You can of course charge it at your house, but that would make your electricity bill go up and it would still require too much time. The range, though extensive as it may be, is not a match for a petrol or diesel car. The S won’t take you to Liverpool and back from Chester with the same ease and tranquility that a Mercedes E-Class (random example) would guarantee, but then again, it could do so with more panache, style and less money.

The Tesla Model S is a very serious and competent car, one you could actually buy and keep and use and like, even if you don’t live in Palo Alto, California, where this car is truly at home.

I’ve enjoyed every minute of it and with it, and in it with Samy. Samy was born in Turin but lives in Amsterdam, one of the few cities I’ve visited that can be both deadly-serious and amusing, medieval and futuristic.

That’s what the Tesla Model S is. An extremely capable and avant-garde way to have fun, in a rather medieval way. 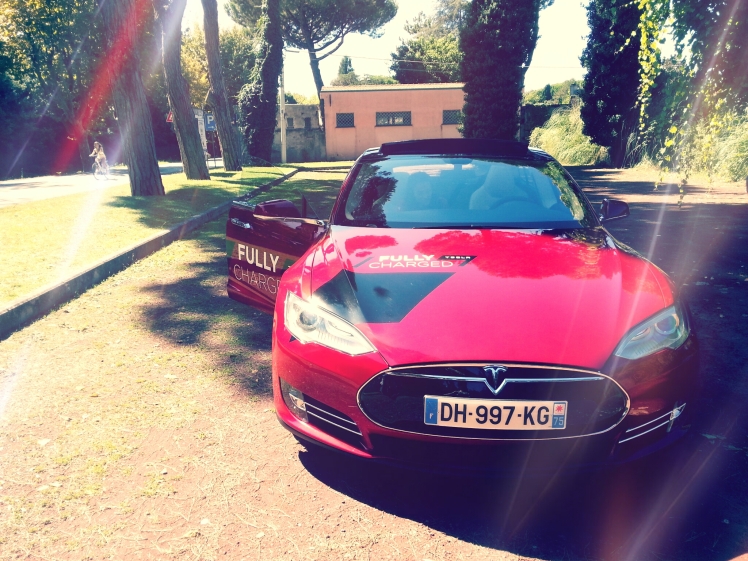 Pictures and words by A. Saetta Vinci °