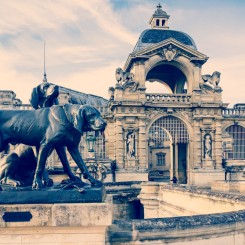 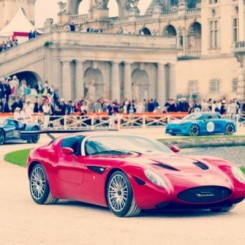 You can’t beat France. And you can take it from me ’cause I’m Italian. There’s no other country in the world we desperately and fiercely adore, worship, hate, despise, admire, copycat in the same way we do France. The French are everything we dare not be, everything we try not to be, and everything we wished we were.

I’ve travelled to France extensively, on many occasions. North to South to East to West but I had never been to Chantilly. I only knew it existed because there’s a particular sort of dessert cream named after it. As it turned out, Chantilly is probably the “Frenchiest” French place in France. Its castles, Chantilly has got many castles, are looking at you and through you, cantankerously and grumpy. They’re beautiful but they do not want to be photographed. This is mainly, I presume, because I’m not a very good photographer.

I’m here because I have got to attend the Chantilly Arts & Elegance, a Concours for classic cars where there’s so much more than cars. Entertainment, food and wine and of course the Bonhams auction, everything in here feels so tangibly expensive and precious.

Including the cars. In front of me, of rather around me, I have the Aston Martin One 77, the Aston Martin V12 and the DB7 Zagato and the V8 Vantage. Then there’s the Bugatti Veyron, the 110ss, the EB110 and the Ferrari LaFerrari and F50 and the F40 and, hold on I’m not finished, the McLaren F1 and P1, and the Koenigseggs and the Ford GT. The list is a saga and it includes the incredible SLR Stirling Moss. Oh and there are also various concepts. 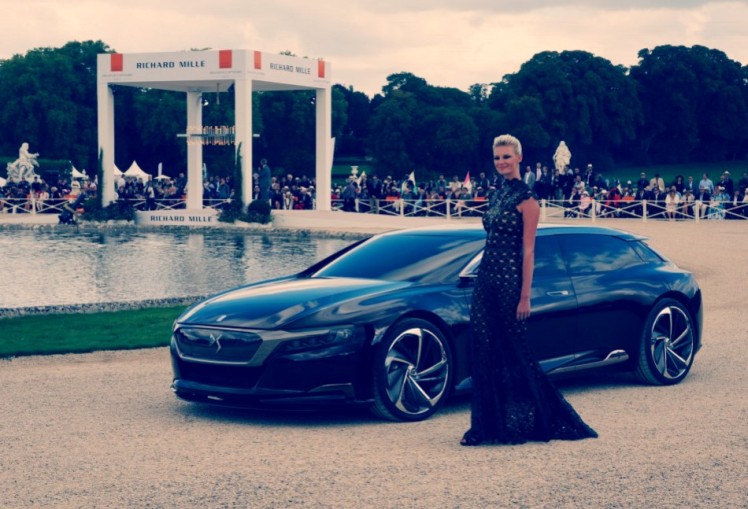 As you probably gathered this event has to do with Richard Mille, the ludicrously expensive watchmakers. I love Richard Mille watches but, obviously, I’ve never been able to buy one nor, and believe you me I’ve tried, rent it or borrow it. Maybe next year. Now I’ve gotta go because I’m due at the airport. I’m going to Beauvais which, you’ve guessed it, is in France.