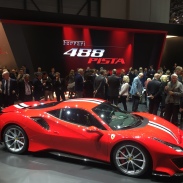 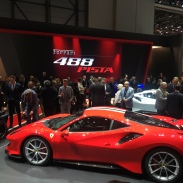 A while ago, an international, highly respected and well known car brand held a party to introduce its latest SUV. It was an amazing gig. It was held at an old train station in Florence, the first one ever constructed in the city and one of the oldest in Italy, which hasn’t actually been used as a train station for decades. The city has turned it into a venue for meetings and social gatherings and convention. The setting was great. Officially, there was no dress code but this is Italy and everyone looked the part. It was a success all around and they had marketing malarkey going on, random celebrities here and there, including some footballers (soccer players if you’re reading this in the US) of local team ACF Fiorentina (and football is king in Italy). I was there and I remember how everyone kept ignoring absolutely everything, including the car, because there was also a very popular and incredibly beautiful TV presenter and model. The very definition, literal and metaphorical, of a show-stopper.

And as I was standing there, trying to snap a decent shot, I couldn’t help but think of that situation because exactly the same sort of thing was happening in Geneva, at GIMS.

There were hypercars and supercars and one-offs and concepts and world premieres. And they were all being ignored because everyone was looking for, or looking at, the Ferrari 488 Pista.