Hello and welcome to Modena! I know the title makes no sense, but bear with me, ok? I’ve always maintained that English is the easiest language in the world to grasp, and the most difficult to master. Yes, on one hand, it only has about three grammar rules and you can usually use three words to say something that requires seven in any other language. On the other hand, however, it has an infinite vocabulary and a trillion phrasal verbs and idioms that have nothing to do with the words they’re actually made of.

An example? Why do you knock on a door, knock out your opponent and knock up your girlfriend?

The upside is that English is the best language in the world if, like me, you write 2 or 3.000 words a day. Hands down. Bar none. See? There’s so much you can do with it. I sometimes travel to the extreme edges of my thesaurus only to find words I like but can never use. Recently, I’ve fallen in love with the words Jargon, which means slang, Empirical, which means verified, and Hazmat, which means hazardous material. Brilliant. I’ve no idea where to put them, though. And for a while now I’ve been wanting to conclude an article with one of my favourite expressions, to mean business, which means to be serious and to be taken seriously. Yes, but where?

It all began, as these stories often do, with a morning coffee. Maserati shipped me (actually, when I say ship, what I mean is I went by train) to Modena, Motor Valley, to drive the Quattroporte M.Y 2016. This meant I had to get from my home to Florence and from Florence to Bologna, and then from Bologna I’d be chauffeured to Modena. The chauffeur and the fast train from Bologna to Modena were on time whereas the regional train from my home to Florence wasn’t. Which is why I was having coffee. Which got me all gooey and soft thinking about my first ever drive with a Maserati.

It was 2010 and I was in Mamaia, Black Sea coast in Romania. It was a gunmetal grey GranTurismo with red leather seats and boy oh boy, was it fun. The car was fast and fun and frantic, it had such a presence and such a strong personality. Like a party-girl who never wants to leave even after you’ve had a few drinks and would rather go back to the hotel. Eventually my regional train did arrive and I made it to the Maserati factory in Modena where a white Quattroporte was waiting for me.

Maserati was actually founded in Bologna in 1914 by the Maserati brothers and it was later sold to the Orsi brothers and relocated to Modena in the ‘30s. Maserati has had its fair share of trials and tribulations, and victories too. It’s been owned by Citroën, De Tomaso, Fiat, Ferrari and now FCA (Fiat Chrysler Automobiles) and it won the 500 Miles of Indianapolis back-to-back with Shaw at the wheel (in ’39 and ’40. To date, the only Italian carmaker to have won there) and the 1957 F1 Championship with Fangio. Maserati is 101 years old, and you don’t get to 101 by accident. 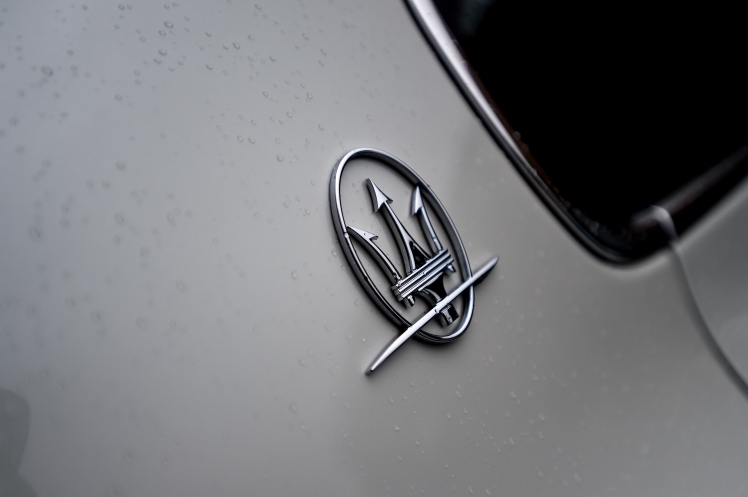 The “old” new Quattroporte (2003-2012) was like an unflinching and pestiferous dog, always wagging its tail around and barking at other cars. It was aggressive, it was hazmat. It was available with either a 4,2 V8 or a 4,7 L V8 and it was loud, sonorous and cocky. The “new” new Quattroporte is… exactly the same. Only slightly more practical, slightly more sensible. Like a former brawler with a suit. Think Wladimir Klitschko wearing a bespoke Italian suit, the sort of chap you’d have a beer with, the sort of chap you’d want on your side in a pub brawl.

The M.Y ’16 Quattroporte I’ve driven is exactly that. It has a new twin-turbo 3-litre V6 with 410 BHP, which translates into better fuel consumption and better emission figures, but it’s still a fighter. It’s still quick. It still goes, I may get a bit technical and specific here with some journalistic jargon, like a bast*rd. No sorry, what I mean is it goes like the clappers. It’s the sort of car that makes you look good when you park it slowly, and gets you excited when you drive it quickly. It’s a very, very good car. But then it would be; because Maserati went from around 6.300 cars sold in 2011 to 36.500 in 2014. This isn’t speculative prose, these are empirical facts.

I loved it, not only is it a good car but more importantly, I was able to use Jargon, Empirical and Hazmat to describe it. There you go then. The Maserati Quattroporte MEANS BUSINESS.