When I first drove the new Jimny, around a year ago, I had no idea I’d have to write a swan song so soon. Just fourteen months later, the future of the Jimny is unsure amid concerns over emissions, especially in the European Union. I got in touch with Suzuki Italia and they simply said that “allocation is sold out” and they don’t know when (=if) they’re going to get more. 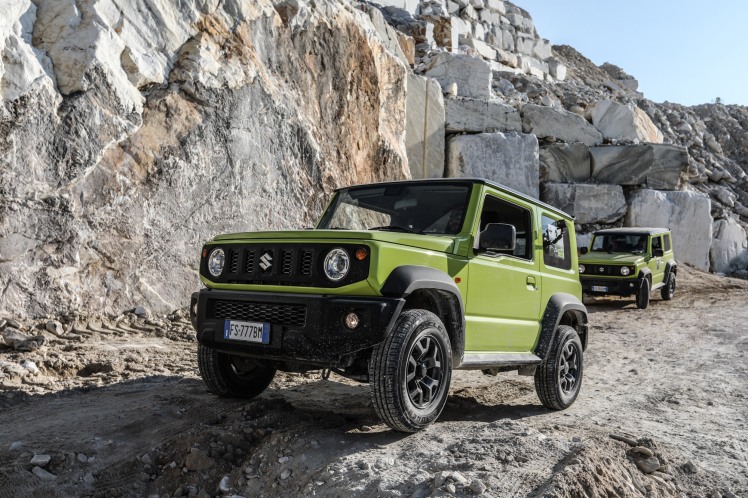 The Jimny was extremely well-received by the public. Everybody loved it, even ultra-rich YouTubers who are notoriously snob about cars that cost less than a million billion liked it. I guess what we’re looking at here is the Rolex Daytona of utilitarian cars. Pretty soon, you won’t be able to buy it new and if you want to buy it pre-owned, it’ll cost you a pretty penny. Or maybe not. But whatever, let’s talk about it.

So the fourth generation Jimny, manufactured in Kosai in the Shizuoka Prefecture, was introduced in July 2018 and it changed the game for small, affordable off-roaders because it was both useful and cool. Most crossovers and small SUVs out there are practical but they aren’t cool and if they’re cool, they’re usually useless.

Jimny relies on a competent 4WD ALLGRIP PRO system, with low gear, which allows you to hustle your way out of tough situations on rough terrain simply by pulling the car forward with old-school mechanical actions. Most off-roaders employ clever AWD/4WD systems and they work brilliantly, but the one in the Jimny works even better chiefly because the car is light. At the end of day, when doing a proper spot of off-roading, it all boils down to weight and tyres and the Jimny only weighs about a tonne. Beyond that, the Jimny has exactly the same wheelbase as its dad and it is only marginally longer, which means it is just agile and nimble as you’d expect.

The kei car Jimny, the one sold in Japan, is powered by a 658 cc turbo engine whereas the global version, the one I drove, is powered by a 1462 cc putting out 100.5 hp and 101.8 lb ft, and the gear ratio, courtesy of a no-nonsense 5-speed manual, is excellent, thus giving you torque when you need it, at low revs. You need plenty of torque to drive about in a quarry because the terrain mostly consists of sand and marble chippings. Now that’s a deadly combination because the sand slows you down but the marble is slippery. That’s like trying to move a large boulder on ice.

The Jimny is mechanically well-made and it has everything you need and nothing you don’t. The list of available optional extras basically only includes paint because everything else, including hill descent which is really important in a car like this, comes as standard.

Inside you’ll find a revised interior, as you’d expect, which is functional but not excessive. In today’s world, let’s face it, you gotta sell cars with things like sat-nav, USB and phone connectivity, the market requires it, and the Jimny has all the creature comforts you’d realistically be using while it lacks all those things you probably wouldn’t use. It’s a real world car and that’s what I love about it. 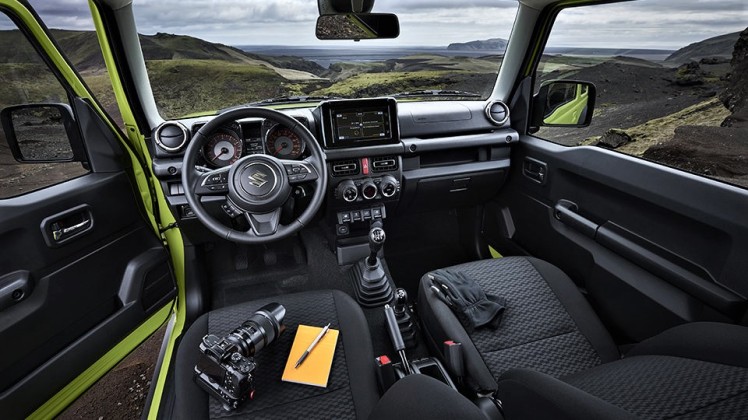 The way I see it, the fourth-gen Jimny only has two (major) drawbacks: the boot size, which is minuscule unless you fold the rear seats, and the ride quality. I drove it in the quarry and it was outstanding, but then I had to drive it back to the hotel and it was excruciating.

I still think it’s worth it. The Jimny retails for about £15k and that’s amazing value. You should go out there and buy one before they’re gone. You’re probably going to be able to sell it for Lamborghini money a few years from now.

ph: Suzuki Italia and myself – this post was previously shared on my tribe Game Changers on Drivetribe