Italians have always publicly professed two religions, football and Ferrari, while secretly admiring American cars. This admiration has always been hidden in plain sight and I guess we are fascinated with American cars because they are so far away from what we know and use every day. After opening a showroom in Monza in 1980, Italian entrepreneur Hermes Cavarzan began importing American cars to Italy and in 2017, Cavarzan created his own brand, Militem. This is a Jeep Wrangler by Militem, it’s called the “Ferox” and I’ve been driving it. And it’s fantastic.

The Militem Ferox is based on the Jeep Wrangler JL Unlimited, available in both Sahara and Rubicon trim levels, but Militem made a few changes. There’s a new adjustable track bar and new performance suspensions and new 20-inch wheels, a new front grille and bumper, a new rear bumper and a new dual exhaust system and power side steps with LED lights, which project the brand name on the tarmac as you open the door. The cabin was revamped with new leather upholstery (Alcantara is also available) with Militem badging.

It is powered by a 2.0-litre turbo, producing 272 hp and 400 Nm of torque but the 3.6-litre Pentastar V6 is also available, and you get an 8-speed automatic with low-range with either option.

Let’s face it, driving in Monaco is basically a battle of egos. The Principality is the natural hunting ground for the world’s millionaires and billionaires, posers, wannabes, carspotters and vacationers. “Flashy” is Monaco’s starting point.

I’ve always maintained, and I’ll say it again, that being conspicuous isn’t necessarily a good thing when it comes to cars but driving here helps you understand what sort of reaction you might get from the public. On a personal note, I’ll leave it up to you to decide whether you’d rather be discreet or not but from a manufacturer’s perspective, understanding what people think of your car is crucial. People love the Ferox and I think I know why. 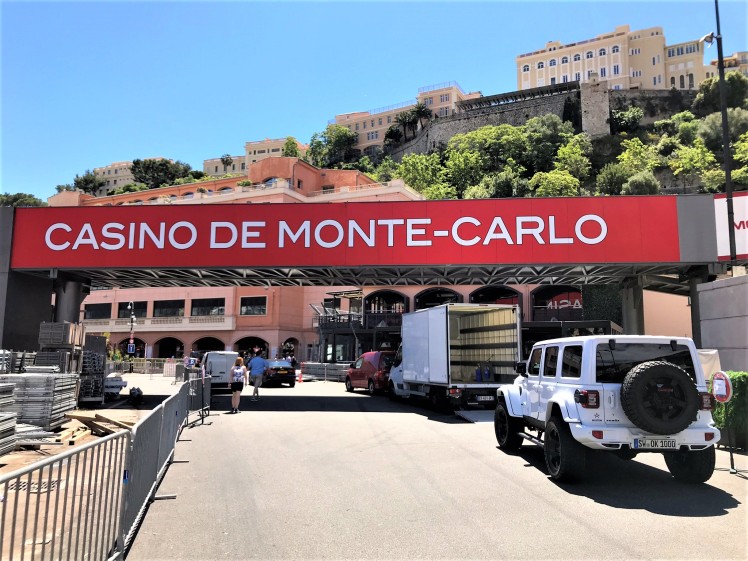 The problem is that these days, we are constantly exposed to a never-ending cycle of PC cars. We used to talk about performance and speed and looks but now all we hear is “emissions” and “restrictions” and it can get tiresome. And this big, turbocharged off-roader with big wheels reminds us of the main reasons we like cars in the first place.

all pictures taken at the 2019 Top Marques with my iPhone. The white car with black interior is the one I’ve driven but I’ve used pictures of the interior taken in the car that was displayed at the Grimaldi Forum during the event.