A few months before the whole world hit pause, I got in touch with Peugeot Italia and asked if I could borrow the RCZ-R for a swan song-style review. The head of PR, a guy I’ve known for some time, said “the what?”. “The RCZ-R” I said, “the sports coupe” . “Ah” he said, “that one. Yes. We’ve still got one, on its way out”. “I’ll take it” I said . He wasn’t being fatuous. He honestly forgot they even had one. But we’ll get back to that in a second. 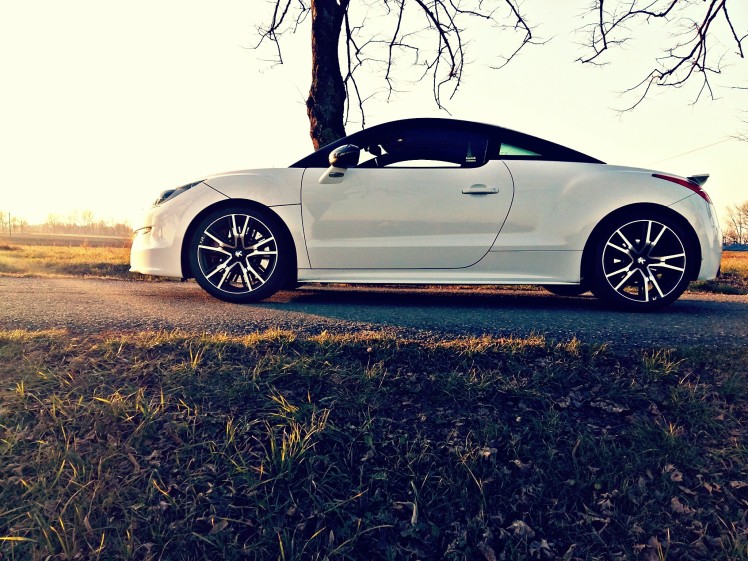 I went to Milan, grabbed the car and because I like testing cars in the real world, in everyday situations, I immediately rang up Tall Girl, she knows I occasionally drive cars that aren’t mine. “I’ve got a new car. Coffee later?” I asked. “What is it this time?” she replied. “It’s a white Peugeot” I said. I knew the situation was serious when Tall Girl saw the car for the first time. “This is a Peugeot?!” she asked in disbelief, “When are you supposed to give it back?” I said “Never. Maybe. They didn’t even remember they had it.”The RCZ was first launched in April 2010, it feels like yesterday but, thanks to the ferociously strict emission rules currently in place, 2010 is actually a geological era ago in car terms. The original RCZ appeared to have been designed by a craftsman with talent but not much time. Then, with the face-lifted version in 2012, it went from nice to properly gorgeous. It’s low, wide, coupe-ish, hunkered down. A lot of people say that it kinda looks like the Audi TT but that’s a bit like saying that Reno kinda looks like Las Vegas. 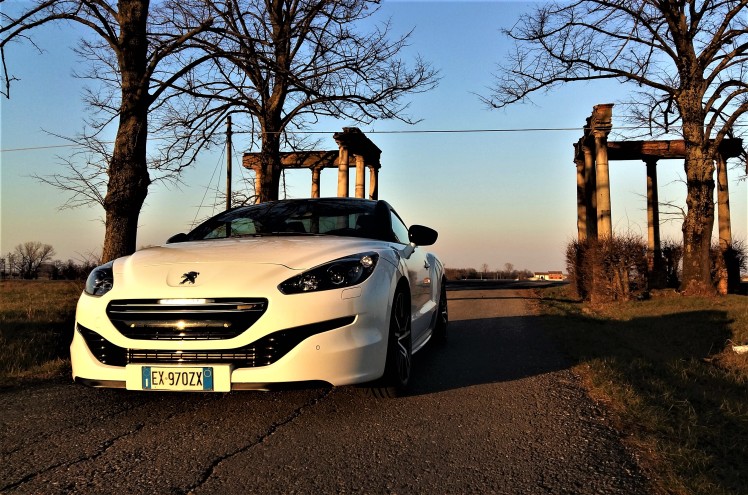 The RCZ is, or rather was, available with both diesel and a petrol engines, with various power output possibilities ranging from 156 to 270 hp. The RCZ-R I drove is powered by a 1.6-litre turbocharged petrol putting out 270 and 243 torques, and it comes with a power-to-weight ratio of 4,7 kg/hp because the kerb weight is only 1,280 kg. It’s properly quick. The way it builds up speed is amazing and because it’s relatively lightweight, it is also incredibly economical. The performance-to-fuel efficiency ratio is positively surprising.It is also very comfortable. The seats feel and look like they’ve trimmed from a dense block of foam and then upholstered in leather. The sat-nav disappears into the dashboard and there’s a proper old manual, and a proper old manual handbrake as well. And then there’s a beautiful bubbleback-style domed glass behind you.

So, the reason why the head of PR didn’t even remember they had it is that no one really bought one and no one really drove it. The RCZ-R survived several rounds of turnover of press fleets because it simply didn’t have enough miles under its belt. This is because most YouTubers didn’t really want it because they “only drive the supercars, you know” and while generalist car magazines journalists definitely wanted to drive it, they usually couldn’t, because they were made to drive dreary diesel family cars by their editors instead.

Most modern cars are good, they’re safe and well-equipped, but they’re also a bit boring. The RCZ-R isn’t boring. It comes with the heart of a lion, the range of a camel and a huuuge spoiler at the rear. It depreciated like crazy, no surprise there, which means you can buy it for good money and if you can, you should. And the best part about it is you don’t even have to admit it’s a Peugeot. Why would you? They forgot they’ve built this, anyway.