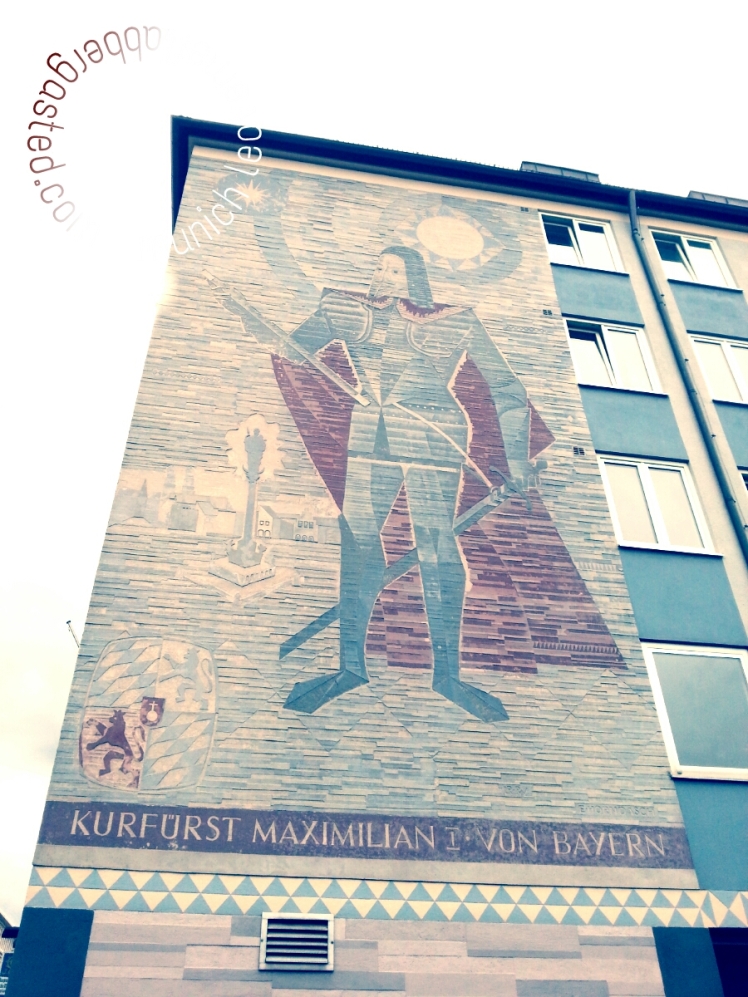 I’m in Munich, Monaco, München. Bavaria, Bayern, Baviera. And it is disperse, deserted and quiet. Which is odd because today is the day of the start of the Oktoberfest, which starts in September. The streets around the centre are cobbled, pebbled and full of dead and brown and crisp leaves.

Traffic is fluid outbound, nearly absent inbound. It is spectral and vaguely spooky. Almost 1,4 million people live in Munich and it seems today nobody knows about the Oktoberfest. I stop for a coffee at the first café I see and enquire within.

“Ah”, says the girl behind the counter, she’s Italian like me by the way, “you mean the beer thing”. She’s lived in Munich for a year and it takes her five minutes, count them five minutes, to realize I’m looking for the -beer thing-.

“Take the 4”, she says. “I’m sorry?”, “Take the 4”. She means metropolitan train service line number four. I told her (twice) that I have a car but apparently, I still have to take the four. “I’m not good with cars, I never drive here”.

I ask a passer-by, I ask a police officer, I ask a taxi driver. They are all vague as to where to go exactly and when to exactly. I give up and head for Zentrum. Eventually, I sort of bump into it. I have seen Munich before and I have seen bits and bobs of Germany before and, though pretty as it may be, I’m still deeply impressed they get any tourism at all. Why would you go to Germany? And if you’ve been once, why would you consider visiting again?

It’s all very nice but I cannot for the life of me picture anybody going home sighing with melancholy: “Ah! I wish I was still in Tuntenhausen”

Germany is, and forever will be, first and before anything else, associated with the two deadliest and most ferocious wars of modern times. Germany says VW Beetle, Germany says beer, but then again Belgium and Ireland say the same, and they have a better accent. More than anything, I’m afraid, Germany says Hitler. Which is odd because Hitler was actually born in Austria. And while we’re at it, I believe it is important to stress that he was the mind behind the VW Beetle, that was his idea.

Unlike most Europeans, Germans are rarely bragging about what they are or do. They have perhaps learnt to conceal their historically prominent arrogance with a quieter and subtler presumptuousness. They would not say, for instance, that German cars are the best cars, but they act as though you should know that, they look at your French hatchbacks with pity. They used to shout their cockiness out loud, now they whisper it, hum it and take it for granted. Possibly, it is even worse.

Munich is, characteristically enough, ordinate and tidy. There’s a sense of everything being where it ought to be. Except for the Oktoberfest. It is a misconception and common misbelief that Germans are not funny and never have fun. They do, just in a different way. The Oktoberfest is a cacophony of Germanic despair, loud laughter and alcohol intoxication. Tourists are a riot, but locals are simply bonkers. A girl next to me, who looks like Dolph Lundgren, screams her name out of the blue, no motives, no drinks in her hand. She just screams her lungs out. A guy so undoubtedly German he could be mistaken for an Audi is talking to its pint, and to a plant. I ask his mate how many he’s had. He replies in what he drunkenly thinks is German for “ten”.

Nobody around me seems to remember how to stand or how to talk.

Personally, I don’t like it. I’m not a fan of binge drinking, or what in some parts of the world is known as the “pub crawl”. I’m not averse, it’s just not my cup of tea, or rather my pint of beer. I’d rather have ten bottles of craft Belgian in a remote pub in Bruges with the locals. But you know, each to their own.

Walking out and away from the Oktoberfest riot, I find a very interesting bar called Von & Zu (German for –Of and At-) and in it, I find two Americans speaking with the barman.

I silently listen as they enquire about the best German lager. They are given a Budweiser. I watch as they drink and I’m still not sure how they even ended up here in the first place. Italy, France, Spain. It is costly and time consuming, as a transoceanic tourist, to come here to Europe. The economy may be in a coma, but prices are still steep, so when you consider the effort, the adverse exchange rate of any currency (save the GBP) against the Euro and high basic prices of anything, from a beer to your hotel room at night, honestly? To me? It seems like a hell of a waste to stop off in Germany.

They drink their beer slowly. I drink mine quickly and ask for another one.

Permission to speak candidly? 8 A.M., I arrived in Munich; 6 P.M., here I am, still in Munich. I am already catastrophically bored with it.

This city is cultured, well-structured and there is absolutely nothing wrong with it. The crime rate is almost non-existent, the streets are relatively tidy and clean, there are lots of shops and bars and monuments.

There’s nothing missing. And there’s nothing enthralling either. There’s no “fizz”, I’m afraid. I don’t want to resort to cars again but Munich is much like the executive cars it makes (BMW): competent and probably the best in their class, but an Italian Maserati Quattroporte is more exciting, an English Aston Martin Rapide looks better and, if you’re looking for something more exotic, you’ll have more fun with an American Dodge Charger.

It’s midnight and time to go. On the way out of town, from the motorway, I see the Allianz Arena. It is magnificent, not even the gigantic “Allianz” inscription on the side of it spoils it. It looks like a miraculous and brilliant engineering masterpiece. As far as stadiums go, this one is astounding to behold.

And, rather worryingly, it is, to me, the best thing of Munich.

THE PLACE
Munich, Bavaria, Germany
September, 2014
Picture and words by A. Saetta Vinci°